A day with the osprey

I know, they're always the same pictures of the osprey, but I can't resist admiring this wonderful raptor! Every time it's fantastic to see it, like this one.

In Sardinia seeing the osprey is really easy because there's an area in Sardinia centre where they pass the winter, every year. I knew that they come later that now (it's October 2019 now that I'm writing), but the first week of October they have just arrived. For the moment I've seen only two of them, but they should be more, in general four or five, but some years ago they were also seven, so I don't know how many specimens there are now. Probably the others have to come again.

Knowing that I have a lot of pictures of the osprey, I always hope to take someones different new, like an arriving on the perch, but also this time I hadn't lucked, and I had to settle of the same photo during the take-off. But it hasn't been easy take them, because this time the osprey was really, really lazy. At the beginning, when it was on the perch

I thought it had already eaten a fish because it was quite and sometimes it took a nap for a while closing its eyes, so it was clear that I had to wait for a long time before a new hunt for it. And in fact it's been so. Yes stay in a car is pretty comfortable, but when you have to stay always concentrated to the subject in order to not lose any particular moment, it becomes hard to stay seat in the car in the same position, without doing anything else, so you wait, wait and wait again. Sometimes you take some pictures, knowing that they are similar to other thousand pictures in the world, but you do it the same, and you wait.

But it cames a moment when something changes. When the osprey comes to became more active, stretching itself or making some "natural" function 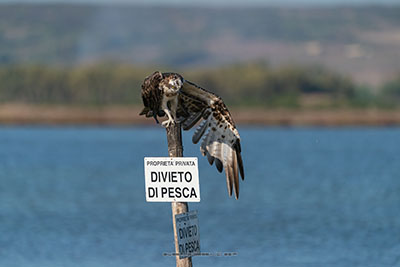 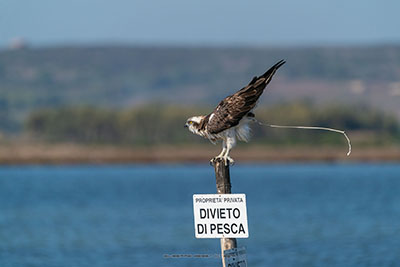 you know that soon or later it'll fly away for a new hunt, as it's happened: this is a short sequence of the take-ff from the perch, where you can admire the power and the elegance of flight of this wonderful animal. I don't publish the whole sequence because is very long, maybe more than one hundred photos where the osprey flies behind the perch going to the centre of the pond for hunting a fish. 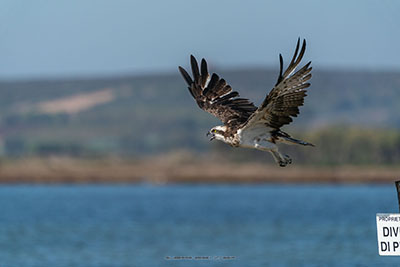 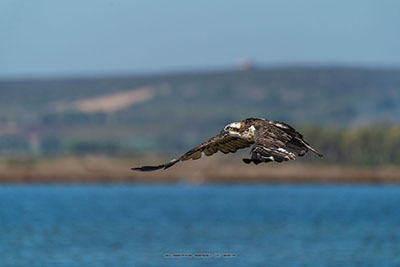 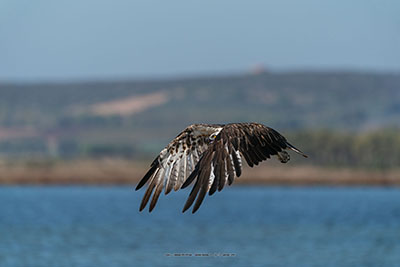 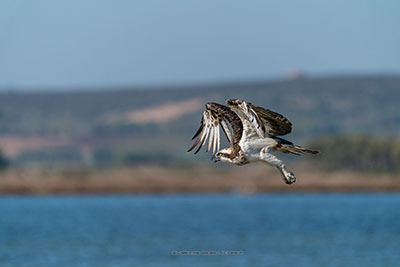 I remained to wait for its return, maybe with a fish, but also this time I hadn't lucked, so it'll be for the next time.

I was forgetting to show you a short video of the osprey that I've taken... YouTube where you can see its strange behaviour. It wasn't in danger because I was in the car and anyone wasn't coming, then there wasn't another osprey near it or other birds, so it was pretty weird that it was complaining. Who knows, maybe it was only angry and hangry for not having caught any fish.

We have 39 guests and no members online