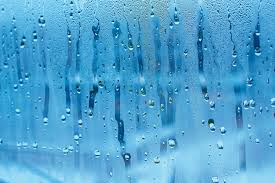 Finally after a long time I put the telescope back to work.
The problems I had complained about in the past relating to driving were certainly due to the incorrect configuration of the ASI Air following a firmware update. Yesterday after another update I checked everything again, reset the parameter on the tracking and started the session without any other problems. I quietly made 120 second exposures in which everything remained stable.
But, as often happens, there was a hitch.
HUMIDITY !!!!!
Damn dampness that clouded the correcting plate of the telescope and the lenses of the guide-scope and the finder.
Yes, of course, it's also my fault that I didn't put the protection on (I made one myself, but it works more or less), but I didn't think it would also mist up inside the plate.
Moral ... I had to stop shooting the light-frames and turn everything off.
I think the best solution is a nice anti-condensation band, those that work on 12V and I don't think about it anymore. But now that I think about it I will also need a power supply for the band, which is not the classic lead-acid battery because it doesn't last me much.