Astrophotography has always been a dream for me, until I bought a camera and, of course, a telescope.
But the first times was really difficult taking some pictures due to many problems: how to connect the camera to the telescope, how to focus properly, the right exposition, well balance the telescope, the right post-production of the photos, and so on.
In astrophotography there're two things really important: the first one is the mount, and the second one is the guide.

IOptron is an American company that makes astronomy products, as complete telescopes and mounts, but they're most well known for their mounts. One of the most recent mount model is the GEM45, an evolution of previous iEQ45 Pro, with some CEM's features derived.

Now I don't want to describe the GEM45 characteristics, because you can find it on this link, even though I think I'll do a review of it really soon.
How as I've written before, the mount in astrophotography is fundamental, because it has to be solid and precise. Solid because it has to support the OTA with every item, as the main camera, guide scope and guide camera, a viewfinder, cables and so on. Precise because it has to allow following the sky in the right way and with the less error possible. And the new GEM45, despite the dimension and the category works very well. Comparing with my old Meade LXD75 mount, the iOptron is another planet, better in every aspect, the management software as well. 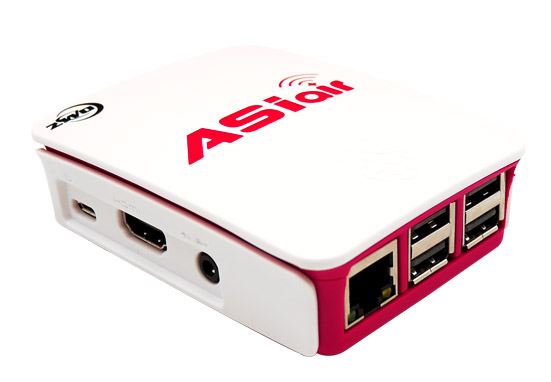 After having read many web pages, forum threads I found out that is really simple to connect the GEM45 to the ASI Air: with a USB cable

You only need to connect the USB cable to the USB port beside the iPORT on the right side of the mount and, finally, in any USB port of the ASI Air.

That's all. Forget to use the USB-serial port cable to connect the hand controller Go2Nova, because is not necessary. Now with one only cable, you can do the works.

Yes, it's true, ZWO hasn't still updated the ASI Air firmware for include the new iOptron GEM45 mount, but when I wrote them asking for the trouble, they answered me that they'd have made the update really soon. So we can only wait. But in the meantime, we can enjoy using the CEM40/CEM40EC model!! So you have only to choose this model and everything will works.
Really simple!!