In Sardinia, there are many lakes, but they're all artificial, like Coghinas lake, that it's the biggest one. The only natural lake is Baratz lake, small and a bit awful, at least with no big interest. Speaking about nature that lake hosts a small group of coots and sometimes you can see some raptor.But let's go back to Coghinas lake. Yesterday I had the opportunity to go around the lake, near a bridge quite interesting, with a particular environment. The day was a little damp and foggy, ma very motivating. In fact, I was expecting a moment like that, with the fog, for taking some nice picture, and I hope to have had success.

The first shot is about the bridge: 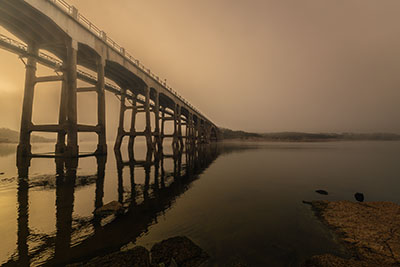 where I used a classic composition using the left diagonal line made from the bridge reflection on the water. The second one shot uses always the water reflection: 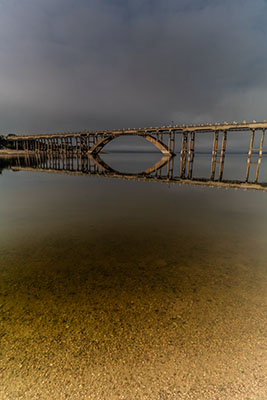 During the walk, I met a cormorant in the middle of the lake, perched on a rock. It's been a good occasion to take some wild misty picture: 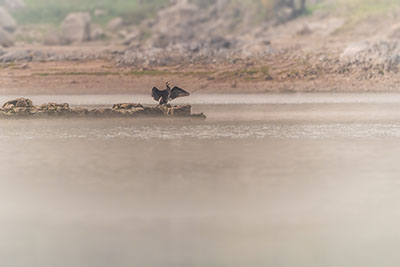 As always I bring a tele-lens, in order to be able to take some "wild pictures" like that. I always hope to find an animal, maybe a big bird of prey, like a golden eagle, but often I can't catch anything, so in yesterday I had a lot of fortune with the cormorant. It was a pity because it was quite far from me, even though I used a teleconverter (the Sony 100-400GM with a 1.4x teleconverter, reaches 560mm of focal length).

Unfortunately, the light has become strange and not so interesting, then the fog was going away, so I preferred to move somewhere else. With the car I moved in the top part of the area, above the lake on a small mountain with a nice scenery, where I took some pictures: 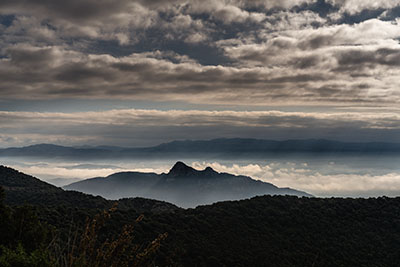 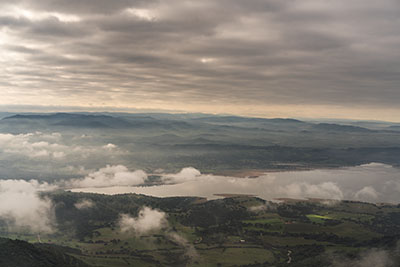 The sight was wonderful and very relaxing. There wasn't any noise, only the birds' voices, a bit of wind and anything else. Yes, maybe a strange noise there was: my voice!! I was speaking for my new vlog on YouTube, so if you are interested in that stuff, try to watch it at this link. I hope you enjoy it.

The vlog version of the episode